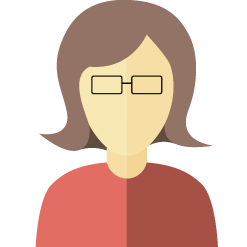 Several years ago, a hard tackle during a football game knocked one of the canines clean out of my mouth. I brought the tooth to an emergency dentist about 20 minutes after the incident, but the tooth was too destroyed to be replaced. I soon met with a prosthodontist who added a removable bridge to my mouth. The device was uncomfortable and I eventually consulted with an oral surgeon about a dental implant. After the initial consultation, I put off the procedure for about 12 months. I was concerned about the pain, healing process, and the possible complications. When I finally scheduled the procedure, I was surprised by the technologically advanced imagery and precise drilling techniques. Pain was minimal and I healed within about six weeks. I started this blog to inform others about the facts about dental implants. Don't let your fears keep you from receiving a permanent tooth.

Pediatric sleep apnea is a serious disease that can have a deleterious effect on your child's mental, emotional and physical health. There are a number of causes for the condition, but one of the most common contributing factors of its development in young people is tonsils. Here's what you need to know about this issue and how surgery may be a viable solution for correcting the problem.

How Tonsils Play a Part in Sleep Apnea

According to some statistics, about 2 to 4 percent of kids and adolescents suffer from sleep apnea. It has also been linked to the development of other conditions in minors such as SIDS, autism, Attention Deficit Disorder and obesity.

Sleep apnea is caused by obstructions in the air pathway. When a person goes to sleep, the muscles in the mouth and throat relax, causing the airway to shrink. The tonsils–which are located on each side of the back of the throat–can collapse into the air passageway and prevent the individual from breathing normally. This leads to frequent arousal during the night, and this restless sleep leads to fatigue, inability to concentrate and other problems during the day.

Tonsils can become inflamed due to infection or increase in size as part of the overall growth process. Because children's mouths are smaller, enlarged tonsils can be even more intrusive than they would be in adults. However, a study looking into the effect removing tonsils had on pediatric sleep apnea found that kids who had their tonsils taken out experienced better outcomes that kids who did not.

The study—called the Childhood Adenotonsillectomy Trial—followed 464 kids between the ages of 5 and 9 from 2007 to 2011. About 50 percent of the kids involved in the trial were overweight or obese. The kids who underwent the surgery reported improvements in their symptoms, behavior and overall quality of their lives.

These types of surgeries are performed on over 500,000 kids per year and are generally safe. Like all surgeries, however, there is some risk of adverse outcomes occurring. Additionally, tonsils perform an important immune function in the body, serving as the first line of defense against pathogens that find their way into the mouth and throat. Therefore, you should consider all the factors before opting for surgical intervention as a method to alleviate your child's sleep apnea.

Sleep apnea can also be treated using a variety of oral appliances, which may be a better option depending on the circumstances. It's best to discuss the issue with a pediatric dentist who can examine the child's oral health and make appropriate recommendations for correcting issues that may be contributing to the problem.